The brutal murder of George Floyd and the subsequent global wave of Black Lives Matter protests, has undeniably catalysed a reckoning on matters of race.  It would seem that a collective soul-searching is manifesting itself in deeds as well as words that has permitted a reimagining of what an anti-racist, fairer and more equitable society looks like. Yet, if structural racism is to be tackled, it first needs to be deconstructed for tangible change to happen– and this entails reconsidering the language we use when we refer to different groups of people.

Deconstructing the acronym “BAME” would be a good place to start. BAME stands for “Black, Asian Minority Ethnic”. The term “BAME” derives from the anti-racist, “political blackess” movement of the 1970’s in which non-white groups unified to combat racism. As the sociologist Mike Cole states, the use of the term was a matter of strategic essentialism, “... to make explicit the racist divide within society by the use of an all-embracing term”. Yet, it’s proliferation and continued use by government departments, public bodies, the media and others when referring to ethnic groups who do not identify as White Anglo- British is deeply problematic. Its use is not only reductive and archaic but also, at times, wilfully ignorant of the vast array of racial, cultural and ethnic groups that reside in the UK.

Herein lies my biggest frustration with the term “BAME” - by assigning a single collective identity to the multitude of racial, cultural and ethnic groups currently living in the UK, it assumes that all of these groups share broadly similar experiences, challenges and barriers. It is empirically evidenced that Black Britons are far more likely to be stopped and searched, excluded from school, more likely to be sectioned under the mental health act but less likely than other groups to receive treatment for mental health problems. To obscure these inequities under the all -encompassing “BAME” term, not only conceals the material reality that black people live within, but also trivialises the black experience of inequality in the UK.

To obscure these inequities under the all -encompassing “BAME” term, not only conceals the material reality that black people live within, but also trivialises the black experience of inequality in the UK.

In our desire to analyse the plight of non-White Anglo-Britons, we’ve unconsciously (and sometimes consciously) reinforced the status quo. When recently asked to name a black member of the cabinet, Matt Hancock named Rishi Sunak and Priti Patel. Both Sunak and Patel are from a British Indian background, as well as the business secretary Alok Sharma and attorney general Suela Braverman, who attends cabinet. Hancock’s conflation of “BAME” and blackness is not all that surprising, given research by the government’s own Race Disparity Unit found that barely 1/300 people across the UK actually know what the term means. Some may deem Hancock’s answer as being fairly innocuous. Yet, such misleading language has very real consequences. According to the Social Mobility Commission, British Indians have attained high rates of social mobility in the UK. However, the same can not be said for those of black, bangladeshi and pakistani communities. To equate the ostensible success of British Indians as progress for “BAME” communities or even “South Asian” communities is disingenuous. One sees all too often a company with one or two ethnic minorities pat themselves on the back for being “racially diverse”, with scant mention of the roles those individuals hold within the company which more times than not are junior positions, or how other ethnic minorities with their own distinct challenges, haven’t been recruited.

Under the premiership of Theresa May, much was made of the government’s agenda to “shine a light on burning injustices and ethnic disparities”. The aforementioned Race Disparity Unit published its wide-ranging disparity audit, and David Lammy’s much lauded review into ethic disparities in the criminal justice system was commissioned. Yet, if policymakers and those tasked with communicating and delivering this work use acronyms and terms that people do not understand, their efforts to redress social inequities will be severely hindered. This not only rings true for Black britons and Asian communities, but also groups that are often omitted from policy debates when the term “BAME” is used. For example, White ethnic groups such as gypsy, Roma and travellers of Irish heritage, are some of the most marginalised and disadvantaged groups in the UK, yet policy makers marginalise them further by not attempting to put forth specific policies which take into account their history and cultural identities.

If policymakers and those tasked with communicating and delivering this work use acronyms and terms that people do not understand, their efforts to redress social inequities will be severely hindered.

I appreciate that finding the correct and practical terminology for the assortment of racial, ethic and cultural identities in the UK is not an easy endeavour. When compelled to use a catch-all term to denote “BAME” , at times, I may use “non-white Anglo-British communities” which in itself is problematic as it reinforces the assumption of white anglo-brits as being the “norm” or default. However, at the heart of this debate, is a need to be more specific when referring to different groups. I do not live a “BAME” life. I am a black man. While my experiences are at times comparable to individuals from other communities, I am no more able to speak on the material circumstances and experiences of a south Asian male, than he is to speak for me. It is incumbent upon all of us to make a conscious effort to engage in a more nuanced debate about the challenges faced by different communities. This starts by reconsidering the vocabulary we use and referring to different ethnic groups by name as opposed to “BAME” which has not only been rendered obsolete, but for many people, is at best ignorant and at worse, insulting.

Marie-Claire O’Brien is the Award-winning Founder and CEO of The New Leaf Initiative C.I.C. who are Prison to Employment specialists and consultation experts based in the West 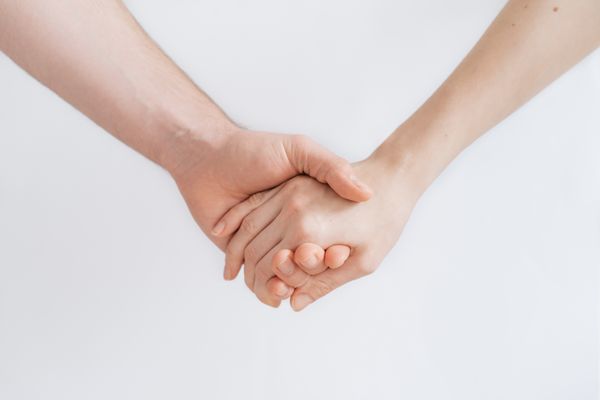