Drug policy is full of ironies and paradoxes. There are more myths, lies and misconceptions than you can shake a stick at. A prime example is the insistence that drugs are inherently dangerous and must remain illegal to protect society. Another is that prohibition attempts to protect people from harm by punishing them.

Over recent decades, the ineffectiveness and damaging impact of the prevailing set of policies emphasising punitive interventions – the so-called ‘war on drugs’ – have been extensively documented. There is a lack of evidence as to whether vigorously enforcing prohibition serves as a deterrent to drug use, but an abundance on the harmful consequences of repressive policing and criminalising people for simple possession offences, particularly when it results in incarceration. These consequences include stigmatisation, marginalisation and restriction of education, employment and housing prospects, as well as disrupting the provision of health care and increasing risk behaviour associated with infectious disease transmission and overdose.

There are diverging views on drug policy among the international community and change is afoot in many parts of the world. In the UK, however, the Government has repeatedly ignored calls for reform. The enforcement approach still dominates drugs policing and people who use drugs continue to be criminalised as a matter of routine and on a regular basis.

Against this backdrop, a number of police forces and police and crime commissioners (PCCs) are challenging the status quo and bringing about change to police practice at a local level. This is an especially interesting reform dynamic because the initiatives in question have been internally driven by the police rather than externally imposed on the police. Noteworthy examples include Avon and Somerset’s Drug Education Programme, Durham’s Checkpoint, North Wales’ Drugs Policy 2020, Thames Valley’s Drug Diversion Scheme, and the West Midlands Drug Policy Recommendations.

I’ve been researching innovation and reform in drugs policing since around the time Mike Barton, the former Chief Constable of Durham Constabulary, called for an end to the drug war in an article he penned for The Guardian. My focus has been on ‘harm reduction policing’, which is broadly defined here as police measures that aim to reduce the adverse health, social and economic consequences of drug use, drug markets and efforts to control them through the criminal justice system. I’m particularly interested in alternatives to criminalisation in the form of police-led diversion schemes. Other measures that deserve attention include the carrying of naloxone by front-line officers and police support for harm reduction services, such as needle exchange programmes, heroin-assisted treatment, drug consumption rooms and drug safety testing.

In a recently published article, I explore the extent to which these changes in police practice reflect changes in police culture. The key change under consideration is police desistance from criminalising people who use drugs. Drawing on 81 interviews with the people behind the development and implementation of new directions in drugs policing, in what follows I want to shine a light on the findings that capture the transformative effect of certain experiences on the values police officers hold and how they understand and make sense of drug problems, their role and impact.

“Certain experiences, certain stories will change the way you see policing…It will just change your viewpoint almost instantly, where you just go fuck, you know, I understand it now, or I’ve never seen it from that point of view before, or I cannot understand how all of those events have basically resulted in this.”

Owing to a combination of personal values, education and life experience, several officers viewed drug use as primarily a public health matter prior to joining the police and the job had not changed their outlook. The vast majority, however, spoke about how their views on drugs had changed over the course of their careers. For some, change was a ‘natural evolution’ that came about through cumulative experiences of drugs policing and the realisation that ‘if you do what you always do, you will get the same outcomes’. Others identified significant events that had a major impact on their standpoint and approach to policing.

“[O]ne of the key turning points in my career was a sex worker who I was chatting to on duty; she was brilliant, a lovely girl, really friendly and she was telling us quite openly about her addiction, her problems…[S]he ended up getting murdered…That, for me, was a real key point in my early career to say, you know, who was looking out for her? Who was helping her with her addiction? Why was she out selling sex to feed her drug habit?”

Officers were largely unconvinced about the deterrent effect of drug law enforcement. The cyclical process of people being arrested, detained and released only to be arrested again soon afterwards – the so-called ‘revolving door’ phenomenon – was compelling evidence that traditional criminal justice responses are ineffective at solving substance use disorders. The counterproductive consequences were evidenced by the harms of criminalisation.

“The way we are approaching drugs is criminalising a generation of young people…who will never work for the police, who will never go on holiday to America…There will be various things in their lives which professionally they will have difficulty doing, just because they got stopped once with a tiny quantity. It just doesn’t make a great deal of sense.”

During interviews, officers reflected on previous enforcement activities. By reliving past experiences, officers ascribed meaning, illustrated the tensions, dilemmas and complexities involved in drugs policing, and identified how and why they could have acted differently. Several said they had ‘a guilt complex’ about arresting people for possession because of the negative impact it had on their futures. Many felt that not enough is being done to help those who are suffering with drug problems.

Interactions with people who use drugs sensitised officers to the causes, consequences and complexities of drug use, increased understanding of users’ health and social needs, and engendered scepticism or nuance in attitudes towards criminal justice approaches. Seeing the person in front of them and listening to their stories helped break dehumanising stereotypes and develop compassion and empathy. It also heightened awareness of stigma and how the public and the police treat people labelled as ‘addicts’.

“I remember having a conversation with someone at a bus stop and he told me about the way he had been treated by a couple of coppers; he’d committed a theft or something and he probably had tried to run off or whatever, but he was saying that the way that he got treated, the way he got, probably excessive force was used, the way he was spoken to, he said I felt like a piece of shit…He said but that’s how we get treated… It was talking to him that really made me think we really do need to change our views on how we are dealing with people with addiction. Yes, they are committing crime, they are creating a high demand for us, but by just arresting them and putting them into the criminal justice system, we are not actually getting any further forward. We need to be trying to look at the root cause of the problem.”

Stories of addiction and recovery can encourage police officers to reframe drug problems and their role in helping to resolve them. Officers talked about the benefits of collaborating with treatment services and people with lived experience to deliver drug and alcohol awareness and harm reduction training within police organisations. Such insights were also gained through attending external events at which people share their stories and raise awareness about the realities of addiction and the costs of the drug war.

“For the first time, I heard the messages about how people died because their friends couldn’t get help to them when they collapsed because they feared being prosecuted for their drug usage … the fact that families felt very criminalised by the addiction of their son, sibling, brother, boyfriend, partner, girlfriend, and that added to the stress and distress for those individuals.”

Within the police service, there are officers and staff who have experience of drug use, either personally or through family and friends. Not only did personal experiences shape how individual officers viewed drugs and approached their work, they could also prompt a consciously driven commitment to challenge and bring about change in police culture and practice.

“My view was probably a very police view in that drugs, it was a war to deal with drugs, it was a pain in the backside … That changed … not through the job but because of personal circumstances where one of my immediate family has become addicted to drugs, to hard drugs, and that effect and the impact of that on, not just her, but the rest of the family and particularly myself … [It] made me question a lot more around how we police drugs and how we deal with them, which then led to me taking up the post as drugs lead … because I thought maybe I could do something about it.”

In conclusion, what my research shows is that, even within apparent stasis, change is happening as police officers challenge the status quo and transform cultural knowledge and institutionalised practice.

A policy implication is that cultural change could be furthered through experiential learning and critical reflective practice approaches to police education. This should include critical reflection on the complexities of drugs policing, moral dilemmas and perspectives on successful outcomes, as well as deliberative engagement with people with lived experience of drug problems and the criminal justice system. Such an approach to education should help tackle stigma and weed out lingering institutional myths and misconceptions. 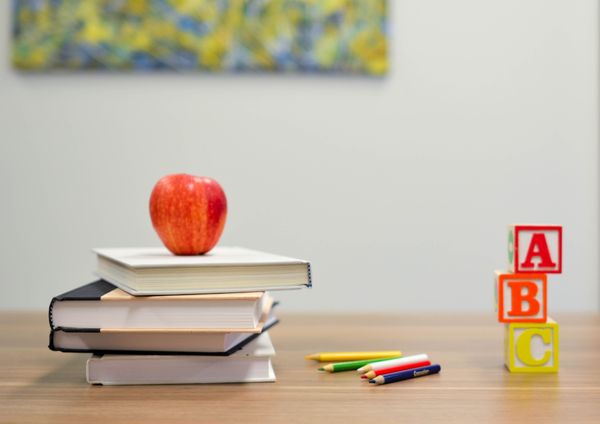